The original Bengal cats are a mix of domestic and Asian leopard cats. In the 1970s and 1980s, they were created by Jean Sugden Mill with the goal of capturing the wild cat's beauty while keeping the domestic cat's temperament. This goal has been met through careful breeding!

There are many colours available for both spotted and marbled Bengals. The most popular colours are Brown, Snow and Silver, but there are also newer colours like chocolate, charcoal, and cinnamon. They are also increasing in popularity. If you want to adopt snow Bengal kittens, then you can search the web. 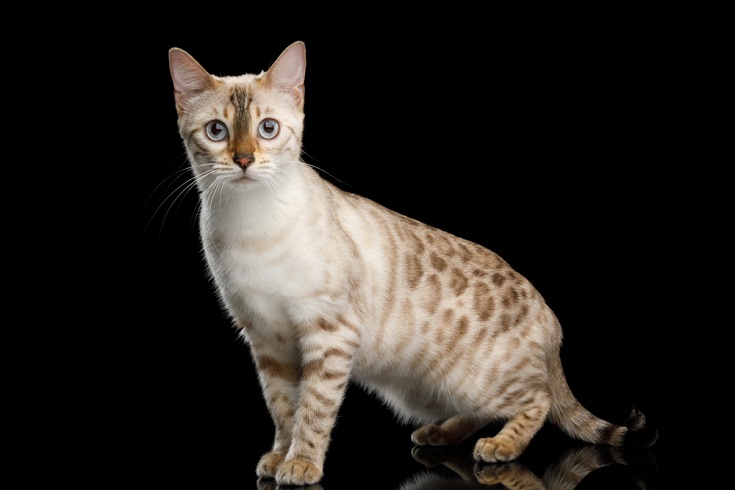 The Snow is also known as Seal Lynx Point (Seal Mink) and Seal Sepia. Seal Lynx points are Siamese cats, and so will always have blue eyes. Seal Sepia is Burmese, and will never have those blue eyes. The Sepia and Lynx Point genes allow for Seal Minks to have any color eyes, but they won't be as bright as the Lynx Point's.

People are most likely to notice the Bengal cat's beautiful coat first! It's beautiful and elegant to look at. Many Bengals shine in the sunlight with a glittery shimmer that penetrates every hair shaft.

There are two main patterns of fur for Bengals: the spotted and the swirly marbled. The unique markings of spotted and marble are often tri-colored, with different shades.

Tri-colouring can give spotted Bengals "rosettes". Each spot has an outline in a darker color, similar to a Jaguar's. Some Bengals are more like Leopards, having spots that have no outline and defined rosettes.

These are some of the facts regarding Bengal cats.